The Vision of Christian Brothers’ High School Lewisham is to be challenged by the values of Jesus who in the spirit of justice and compassion was committed to the poor and marginalised.

Inspired by the charism of Blessed Edmund Rice, the school is committed to living the values of family and providing an education that is engaging and life giving for all.

The dignity of the individual is respected within an educational environment that is dynamic, inclusive and prayerful.

The school motto is Conanti Corona, “A Crown to the One who Strives”. The school crest is an adaptation of the Christian Brothers’ crest, highlighting the Celtic Cross and the Irish heritage of the Christian Brothers. The crest reaffirms the school’s strong connection to both the founding order and the school’s locality. From its foundation and in touch with the vision of Edmund Rice, Christian Brothers’ High School Lewisham has always been a place for the ordinary man to strive to greatness. Conanti Corona captures the spirit of what it is possible for the ordinary man to be – our students hold it close to their heart.

We march today one thousand strong
and follow still the trail,
so marching square let’s sing their song
the men who did not quail.
The gallant few of former days
who toiled without renown
through marsh and scrub that trail to blaze
that ours might be their crown.

When far dispersed by task and time,
when stricken by life’s pain,
what’er the care, what’er the clime
a yearning through again
will stir the heart, will bring us home
in spirit ere we die;
For oft we’ll hear a voice say, “Come,
You sons of Lewisham High”. 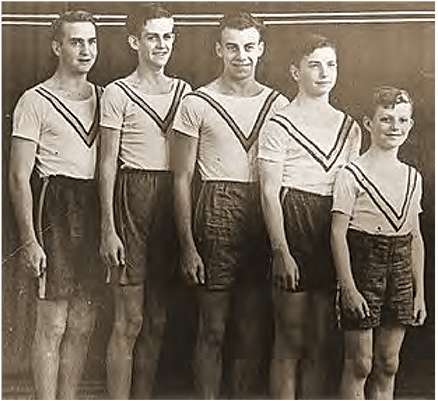 Edmund Ignatius Rice was born in 1762 in Ireland, and received a good education. He created a successful business in the city of Waterford, supplying ships for long journeys. At the age of 23 he married Mary and together they had a daughter. A wealthy man in 1802, Edmund was increasingly disturbed with the lot of the poor Irish Catholics.

Thirteen years after his wife died, and having provided for his daughter, he sold his business and began a night school for the “Quay” kids of Waterford. Edmund’s first helpers deserted him leaving him desperate, but then two men from his native Callan joined him not only to teach but to help Edmund found a religious order to educate poor boys.

By 1825, Edmund Rice and his team of thirty Christian Brothers were educating, free of charge, 5,500 boys in 12 different towns and cities. Many were then clothed and fed.

Currently, 1,700 Christian Brothers are educators and carers of the poor in twenty-eight countries around the world. 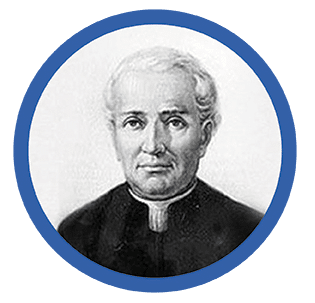 EREA schools strive to offer a liberating education, based on a gospel spirituality, within an inclusive community committed to justice and solidarity.

CBHS is proud of our dedicated, talented and inspirational teaching staff. The Principal and his leadership team ensure the entire staff work cohesively to fulfil the legacy of Edmund Rice and provide high quality education for all students.

Have courage, the good seed will grow up in the children’s hearts later on.

Is CBHS a selective school?

No, CBHS is proudly comprehensive. We believe in supporting every boy to achieve his potential.

Why should we choose CBHS?

With 130 years of experience, CBHS is the boys’ education specialist. An independent Catholic school in the tradition of Edmund Rice, our single campus in the Inner-West of Sydney is a hub of excellence from academic achievement to sporting, music, social programs and community participation.

What is CBHS’ academic record? 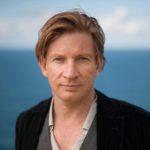 Born in Marrickville Wenham attended CBHS Lewisham before graduating from University of Western Sydney with a Bachelor of Arts (Performing Arts) in 1987. Wenham’s television credits include several telemovies, such as his AFI award-winning role in the 1996 telemovie Simone de Beauvoir’s Babies; and his role as the outwardly laid back but deeply enigmatic diver Dan Della Bosca in the 1998 and 1999 seasons of the highly successful ABC television series SeaChange.

He is known in Hollywood for his roles as Faramir in The Lord of the Rings film trilogy, Carl in Van Helsing, Dilios in 300 and its sequel 300: Rise of an Empire, Al Parker in Top of the Lake, and Lieutenant John Scarfield in Pirates of the Caribbean: Dead Men Tell No Tales.

He is quoted as saying “I was 11 when a teacher suggested to my parents that they should send me to drama classes to curb my disruptive ways in the classroom. The next Saturday I was acting, and thereafter it became a ritual of my youth to see a show at the Belvoir on Sundays and, if I was lucky, another at the Opera House on Monday after school.” 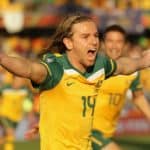 is a professional international footballer, has represented Australia over 60 times, and CBHS Lewisham Old Boy.

Born in Sydney, Holman played junior football for Enfield Rovers, youth football for Northern Spirit and made his senior debut for Parramatta Power in 2000. He then moved to the Netherlands, where he played for a number of years before moving to Aston Villa in 2012 to play in the English Premier League. Holman moved to the UAE one year later, before returning to Australia to play for Brisbane Roar between 2016 and 2018.

Holman retired from international football in 2014, and although since 2019 he has been struggling with injury, has not officially announced his retirement from A-grade football. He currently runs the Brett Holman Football Academy in the Sunshine Coast region of Queensland where he offers training programs that cover all areas of football development including skills, techniques, speed and agility to help improve young evolving footballers. 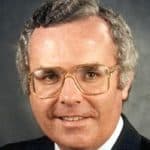 Terrance Sheahan attended CBHS Lewisham before studying at the University of Sydney, receiving a Bachelor of Arts and a Bachelor of Law in 1969. He worked as a solicitor from 1967 and was called to the bar in 1982. He joined the Willoughby branch of the Labor Party in 1964 and went on to be a member of the Yass, Cootamundra and Gladesville branches.

In 1973, Sheahan was elected to the NSW seat of Burrinjuck. He was secretary of the Parliamentary Labor Party from 1976 until his elevation to the ministry in 1980. Over seven years, he served as Minister for Housing and Cooperative Services, Energy and Finance Minister, Planning and Environment Minister, Attorney-General, and Transport Minister.

From 1989 to 1997, Sheahan was also the President of the New South Wales Labor Party. He only resigned to accept an appointment as a Judge of the Land and Environment Court of New South Wales from which he retired in 2019.

Sheahan was awarded the Officer of the Order of Australia (AO) for services to the Law, the Parliament and the Community (health, care of the aged, human rights and the environment). 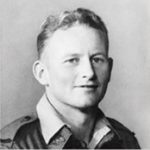 was awarded the Victoria Cross in World War II and is a CBHS Lewisham Old Boy.

Born in Leichhardt, Mackey attended Christian Brothers’ High School Lewisham, before enlisting in the Second Australian Imperial Force, falsifying his age to do so.

He embarked with the 2/3rd Pioneer Battalion in November 1941. Initially posted to Darwin, he served in Syria and in the later operations at El Alamein. He also took part in the New Guinea campaign where his company commander described him as an outstanding junior leader who exhibited moral and physical courage. Promoted to acting corporal in October 1944, he led his battalion in the landing on Tarakan Island, Borneo, the battalion’s final campaign.

By his exceptional bravery and complete disregard for his own life, Corporal Mackey, 21, was largely responsible for the death of seven enemy soldiers and the elimination of two machine-gun posts before being mortally wounded. His fearless action and outstanding courage were an inspiration to the whole battalion.

Mackey was posthumously awarded the Victoria Cross, and service medals for the Second World War. He is one of only 100 Australians that have been awarded Australia’s highest military honour for acts of bravery in wartime. 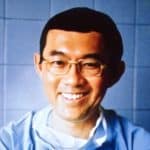 is one of Australia’s most gifted heart surgeons, a humanitarian and CBHS Lewisham Old Boy.

A national hero, Victor Chang was hailed as “the most prominent doctor in the southern hemisphere”. His revolutionary work in the field of heart transplantation has benefited cardiac patients worldwide.

Dr Chang founded the National Heart Transplant Program at St Vincent’s Hospital, which has since performed thousands of successful transplants. Dr Chang played a key role in developing an artificial heart valve and an artificial heart assist device. In 1986, he was awarded our country’s highest honour, a Companion of the Order of Australia (AC) and in 2000 was voted Australian of the Century by the people of Australia.

A caring surgeon and humanitarian, Dr Chang was passionate about the power of discovery. He had a bold vision to establish a world-class medical research institute, knowing that while he could save hundreds of lives through surgery, he could save thousands more through research. The Victor Chang Cardiac Research Institute is dedicated to his memory.

Ask any current or old boy, and they’ll tell you that Life at Lewo is so much more than classes. With a broad range of co-curricular activities on offer, boys have the opportunity to develop their talents and develop inter-personal skills outside the classroom.

CBHS supports each boy to excel, and co-curricular activities require team work, respect, dedication and focus – all of which are valuable life-skills.