The Vision of Christian Brothers’ High School Lewisham is to be challenged by the values of Jesus who in the spirit of justice and compassion was committed to the poor and marginalised.

Inspired by the charism of Blessed Edmund Rice, the school is committed to living the values of family and providing an education that is engaging and life giving for all.

The dignity of the individual is respected within an educational environment that is dynamic, inclusive and prayerful.

Christian Brothers’ High School Lewisham was established by the Christian Brothers in 1891. From small beginnings it has grown into a large school and has built a proud tradition of academic, cultural and sporting achievements.

The school was opened in 1889 at a time when Petersham and Lewisham were the terminus for the first day’s bullock teams making tracks from Sydney to Parramatta and Liverpool. At the time, the area only had a population of around 10,000 people.

The local paper reported the opening of CBHS on 12th December 1891 as “a comfortable, well-lighted building and gymnasium built at a cost of £1500 with accommodation for 100″.

Today, the school operates as an independent Catholic school that is governed and owned by The Trustees of Edmund Rice Education Australia. The student population of around 1300 extends from Years 5 to 12. Drawing students from across Sydney, the school is well serviced by public transport with School Special buses traveling from as far as Kingsgrove in the south, Balmain and Abbotsford in the north and Campsie in the west. Lewisham Railway Station is a short walk from the school. Big developments since the days of the bullock teams! 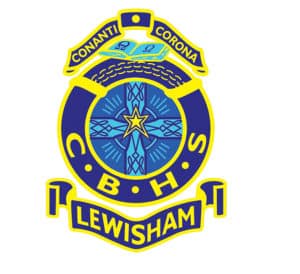 The school motto is Conanti Corona, “A Crown to the One who Strives”.

From its foundation and in line with the vision of Edmund Rice, Christian Brothers’ High School Lewisham has always been a place for the ordinary man to strive to greatness. Conanti Corona captures the spirit of what is possible for the ordinary man. Our students hold it close to their heart.

We march today one thousand strong
and follow still the trail,
so marching square let’s sing their song
the men who did not quail.
The gallant few of former days
who toiled without renown
through marsh and scrub that trail to blaze
that ours might be their crown.

When far dispersed by task and time,
when stricken by life’s pain,
what’er the care, what’er the clime
a yearning through again
will stir the heart, will bring us home
in spirit ere we die;
For oft we’ll hear a voice say, “Come,
You sons of Lewisham High”. 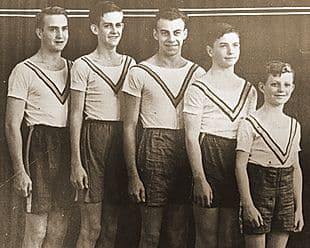 The People Behind the History

CBHS Lewisham has a long history of strong and innovative leadership in both our Principals and Student Leaders. Drawing inspiration from the teachings of Edmund Rice CBHS Lewisham’s leaders draw on the four Touchstones of Liberating Education, Justice and Solidarity, Inclusive Community and Gospel Spirituality to lead our community. 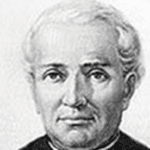 Edmund Ignatius Rice was born in 1762 in Ireland, and received a good education. He created a successful business in the city of Waterford, supplying ships for long journeys. At the age of 23 he married Mary and together they had a daughter. A wealthy man in 1802, Edmund was increasingly disturbed with the lot of the poor Irish Catholics. Thirteen years after his wife died, and having provided for his daughter, he sold his business and began a night school for the “Quay” kids of Waterford. Edmund’s first helpers deserted him leaving him desperate, but then two men from his native Callan joined him not only to teach but to help Edmund found a religious order to educate poor boys. By 1825, Edmund Rice and his team of thirty Christian Brothers were educating, free of charge, 5,500 boys in 12 different towns and cities. Many were then clothed and fed. Currently, 1,700 Christian Brothers are educators and carers of the poor in twenty-eight countries around the world. Creed of Edmund's People

Edmund Rice Education Australia (EREA) is the body of schools, entities and offices offering a Catholic education in the tradition of Blessed Edmund Rice.

EREA schools strive to offer a liberating education, based on a gospel spirituality, within an inclusive community committed to justice and solidarity.

EREA has its own canonical and civil identity but remains closely connected to the Christian Brothers and their ongoing ministry. Schools operate in dioceses with the mandate of the Bishop of the Diocese and work closely with local Diocesan education authorities.

The role of Edmund Rice Education Australia – its Purpose, Vision and Strategic Intent

CBHS is proud of our dedicated, talented and inspirational teaching staff. The Principal and his leadership team ensure the entire staff work cohesively to fulfil the legacy of Edmund Rice and provide high quality education for all students.

Christian Brothers´ High School Lewisham is required to submit an annual report to the community under the terms of the Education Act.

The Annual Report seeks to provide the community with fair, reliable and objective information about the school´s performance and development during the past year, and its achievements arising out of the Annual Development Plan.