Br Kearney was a man who exemplified the ideals of Edmund Ignatius Rice. At the age of 16 he had an acute awareness of his own faith and compassion and decided to dedicate his life to the work of the Christian Brothers and trained in Ireland as a novice.

By the age of 23, Br Kearney arrived in Australia and continued his teaching mission. Often described as a ‘gentleman, saint and scholar’ Br Kearney was able to mould the lives of those around him. His profound knowledge of English literature, especially the works of Shakespeare, enabled him to inspire all who he made contact with.

While Principal of Lewisham (1922-1924), he combined his love of language and music and composed the school song – Conanti Corona. It is this song that will forever remain in the hearts and minds of all who call themselves a Lewisham Old Boy.

Br Kearney now rests in the Brothers’ private cemetery in Bundoora, Melbourne. He will not only be remembered as a scholar, an artist and as a man of great musical talent, but as a humble man, a charitable man and a man of deep religious spirit. 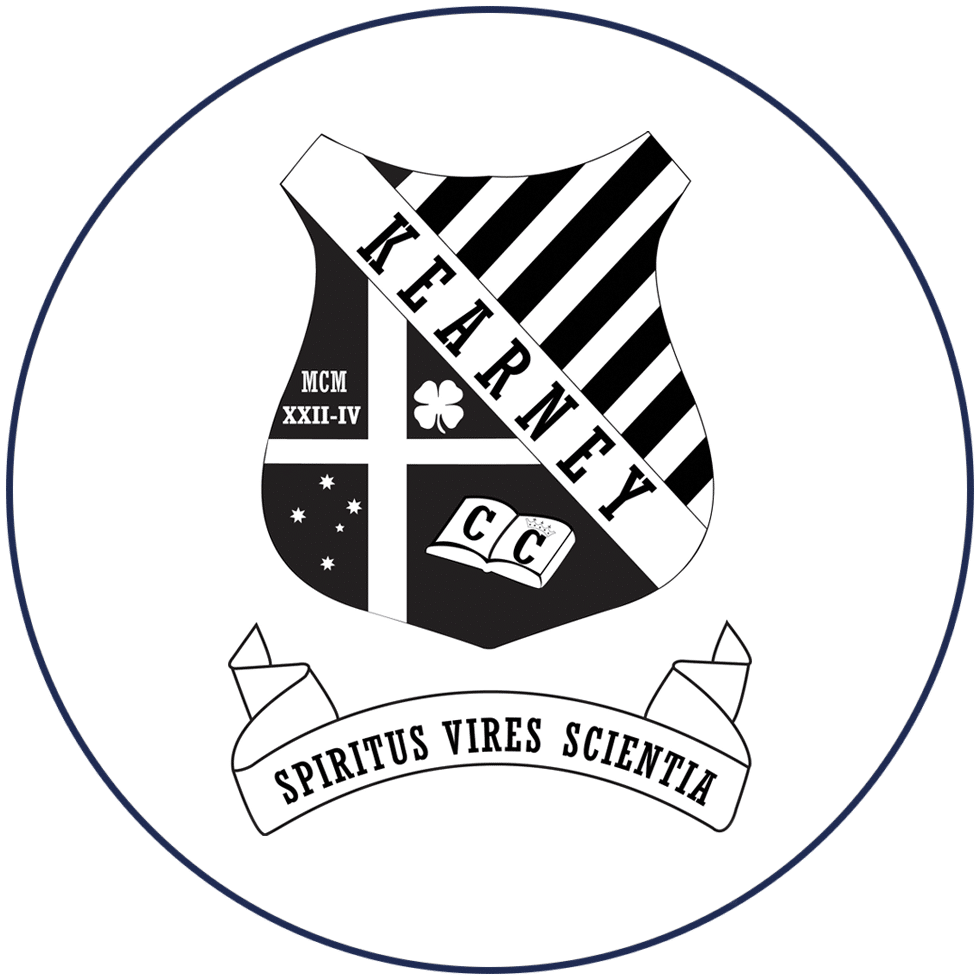 Kearney House is represented by the colour black with the secondary colour of white.

The Shark – Fast. A big force. Moves with ease, speed and elegance. Large, but graceful, he is very much a protector of his tribe.

Spirit and Strength through Knowledge

Father,
Thank you for giving me
a mind that can know
and a heart that can love.
Pour into my spirit the ability to serve graciously,
to walk humbly,
to act honourably and
to live compassionately.